This fresh apple mousse dessert is light, crisp, and refreshing. The chunks of apple add a nice texture, and the lack of spices lets the apple flavor really shine.

So here’s a confession. I don’t really like the fall pumpkin spice craze and while everyone else seems to be jumping on board with it, my personal opinion is that this trend should just go away already!

Sometimes there is nothing like a good meme. I saw this meme that sums up my feelings perfectly

firstly – just to clear your head with all the variety of tastes – and then some other flavor instead such as chocolate or peppermint if you are looking for something less spicy than what most people typically enjoy during these months when colder weather approaches. But what I absolutely love is cinnamon. Some people might ask, “Apple desserts without cinnamon?” but sometimes I often prefer plain old apple. Spices are good and definitely have their place (I use them all the time, duh), but they can sometimes overpower the natural flavor of whatever they are added to.

When you think of mousse, you probably think of vanilla, chocolate, or maybe lemon. I bet you’ve never had apple mousse before! And FRESH apple mousse, at that. This mousse has some serious apple flavor, undefiled by any additional flavors.

The texture is super light, with whipped cream folded in. I think cream is my number one favorite ingredient to work with when I make desserts. It’s just so smooth and light and yummy.

There are also THREE different apple ingredients. We make a quick apple compote, fresh diced apples, and some fresh apple cider/juice. They’re all important parts of the apple mousse recipe.

You can choose your favorite apple variety, but make sure it’s one that can stand up to some cooking. I personally used gala apples, because it’s the kind I always buy for my kids to snack on. It’s nice and crisp, and one of the cheaper varieties. Double win! Another way that’s also delicious is a Granny Smith apple mousse.

I like to put the mousse in little individual cups, because it’s cuter that way. But the first time I made this, I just poured it into one big glass container and scooped it out with a spoon onto plates.

If you want to add some extra cuteness, top it with a little whipped cream, a sprig of mint, and some thinly sliced apples (Make sure to top it with the apple slices immediately before serving, so they don’t brown!)

By the way, my mom found those plastic cups at the dollar store, like, 6 for a dollar. Aren’t they so cute?! I totally stole some and took them home with me. I found some similar plastic dessert cups with included plastic spoons on Amazon. Those and few other fun ramekins and bowl sets are in the supplies list. Any of those would make for a great presentation for the apple mousse if you don’t have some already.

Look at that. You’ve probably never had mousse like this before, and you’re gonna love it. See the video to watch me make the apple mousse recipe! 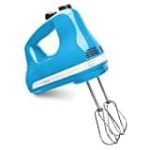 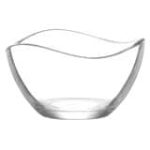