I know I just posted a black sesame recipe, but the stuff is so good I think you can forgive me. I actually made these today because I signed up to bring a dessert to a potluck dinner. It said to bring something “ethnic, unique, or interesting”, and I thought, it doesn’t get more interesting than a gray and black dessert! I’m guessing most people at the dinner will have never heard of making a dessert with black sesame, so it should be an interesting experience for them.

Even though black sesame looks a little weird, it has such a great flavor and most of my friends who have tried it, love it! Yes, there are some who turn their noses up at new and “different” flavors, but in general, it’s a hit.

This pudding is great because it’s made with gelatin, so there is no baking involved. That’s especially good for when you are bringing it to potlucks or parties, because you can just use cheap plastic cups from the dollar store! You also don’t need sesame paste, which, as I mentioned in the black sesame ice cream post, is harder to come by. This recipe only requires black sesame seeds and other basic ingredients you can get at the grocery store.

I’m sure you’ll love the roasty flavor of black sesame in this creamy, delicious pudding! 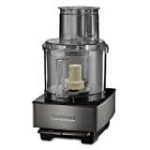